With a variety of intriguing venues to choose from, Spain is consistently ranked as one of the most popular countries in Europe for golfing vacations.

It's no mystery why Spanish golf courses have been so popular with British golfers on vacation for so long. Spain is a wonderful vacation destination because of its pleasant continental temperature, stunning beaches, luxurious hotels, charming culture, and unrivalled golf courses. 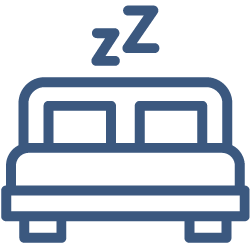 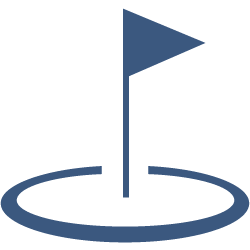 OUR CHOICE OF THE BEST GOLF COURSES IN SPAIN

Whether you want to combine a game of golf with a trip to an amazing coastal resort, holiday islands like Mallorca or Tenerife, or a traditional city break, there’s a rich variety of quality golf on offer in Spain, catering to every budget, taste and ability.

Here are some of our favourites Spanish golf courses

Costa Blanca is one of the fastest-growing destinations for Spanish golf holidays, and when you look at courses such as Las Colinas, you can understand why.

A regular on lists for best courses in Europe, Las Colinas offers awe-inspiring natural scenery and 18-stunning holes to test your game. A perfect course to add to the itinerary of golf holidays in and around Alicante.

With 3 golf courses (2 eighteen-hole courses and 1 nine-hole course), stylish facilities and jaw-dropping views out over the Mediterranean, the Lumine club offers a touch of class for those looking to indulge in a Spanish golfer’s paradise.

Just a short drive from Salou in the Costa Brava, Lumine is perfect for golf tourists looking to sample the delights of coastal Spain with challenging, enjoyable time spent on well-tended links.

A modern, parkland course, Nuevo Portil is a popular choice for golf tourists looking for an enjoyable, moderate challenge when on a golf holiday in Andalucia and Costa De La Luz.

If you’re looking for a resort to immerse yourself in quality, challenging golf with luxury, pampering and high-end amenities at your fingertips, then welcome to Mar Menor. In the heart of the picturesque region of Murcia in the South-East of the country, Mar Menor offers not one but SIX championship courses.

Crafted by golfing luminaries such as Dave Thomas and the legendary Jack Nicklaus, this is a golfer’s resort, offering a new challenge every day of your stay. With the luxury of the resort’s 5-star hotel and just an hour from Alicante airport, Mar Menor is a perfect base for a golf break in Murcia, whether for a week or a weekend.

Few courses on the European mainland boast as much pedigree as Valderrama, host club of the 1997 Ryder Cup.

The iconic venue is an imposing challenge for all golfers but a joy for all who experience it nonetheless. With a range of tees to moderate and difficulty, the sheer pleasure of treading the famous fairways and greens is part of the thrill.

The Costa Del Sol is a hotbed for golf travellers and is situated close to Malaga, Valderrama is a true must-play course on your Spanish golf holiday to the region.

Long-heralded as one of Mallorca’s premier golf courses, the T club at Poniente remains a hugely popular destination for golfers due to its natural beauty, its charm, the delight of its visitor-friendly layout and its close proximity to the vibrancy of the island’s capital, Palma.

The course provides an interesting challenge for all golfers, rewarding more accurate play while allowing everyone a chance to score well on their holiday. With recently modernised facilities and the traditional welcome of an established golfing hotspot, it’s a course you should consider including on your next golf holiday in Mallorca.

For those looking to head inland and enjoy a city break in Madrid for their golf holiday in Spain, then there’s a variety of interesting options and enjoyably challenging venues to consider. High on that list should be Lomas Bosque.

Just thirty minutes from the city centre, this delightful parkland course is beautifully maintained and offers spectacular views across Sierra de Guadarrama. Stylish, modern facilities combine with a championship course and natural scenic beauty to deliver a truly memorable golfing experience as part of your stay in the Spanish capital.

There’s a reason that Costa Adeje is such a well-liked and popular golfing destination in Tenerife. Quite simply, it’s the combination of a delightful, well-kept and interesting course, stunning Atlantic views from the fairways, quality facilities and the fact it is just a lob-wedge from the nightlife and amenities of Playa De Las Americas.

Very much a golf holiday destination, the course lends itself to players of all standards, offering a true challenge yet always enjoyable, from the friendly stableford to the society strokeplay.

Of course, while these are real favourites for golf holiday-makers, the true joy of a golfing break in Spain is the vast number of different courses, dotted on the landscape inland and by the coast, within reach of major cities and every popular holiday resort across the country.

Whichever part of Spain takes your fancy, we’ve got some golfing treats lined up for you. So get in touch and we’ll help put together a Spanish golfing holiday that will stay in your memory.

LET US PLAN THE PERFECT GOLF HOLIDAY IN SPAIN

Why Choose a Spanish Golf Holiday?

Spain's exceptional climate, which in many areas for "year-round play" when other parts of Europe are experiencing the "wrath" of winter, must be largely blamed for the sport's appeal.

Many of Spain's best golf courses were designed by some of Europe's top designers, and most of them are kept in pristine condition year-round. Most golf courses and resorts in Spain, especially those along the seaside, cater to their patrons by providing state-of-the-art facilities, gourmet dining, lively bars, and a variety of other leisure pursuits in luxurious surroundings. ...

Golfers, in particular, find Spain to be the perfect autumn and winter destination because the country's milder environment allows you to practise your sport while other regions of Europe are dealing with chilly, rainy conditions. The weather can be warm and sunny with temperatures reaching the 20s until mid-January in the southern regions of Spain, including Almeria, Costa del Sol (Malaga), and parts of the Islands, including Tenerife and Mallorca. Following that time, the rainier months last until May. During this period, you may endure a few days of heavy rain and chilly evenings, but these are typically followed by warm, bright days. Golfers who want to "keep up their play" while the weather precludes it in other European countries can travel to the south of Spain, which is Europe's best winter getaway location.

Spain's biggest golf destinations are along the Mediterranean coast, from the Costa Brava (Barcelona) to the Atlantic region of Costa de la Luz (Cadiz). The Costa del Sol (Malaga) region, with its outstanding assortment of golf courses and golf resorts, is Spain's principal "pride" and premier golf destination. In fact, the Costa del Golf has now been officially "twin named" in recognition of its prominence as Europe's foremost golf resort. The Costa de La Luz is also becoming a popular golfing destination in Spain. While it lacks the vast number of courses and variety of the Costa del Sol, the courses that do exist here are of "world-class" quality, and the region retains a traditional, hospitable, and relaxing charm that draws visitors from all over Europe. The Costa Blanca is also a golf "hot zone," with some of Europe's top championship courses.

The Mediterranean coastline of Spain and all of its major resorts are easily accessible from almost all major cities in Europe, and numerous low-cost airlines offer very low-cost flights into Spain's key locations (if booked in advance). This makes Spain appealing to visitors on a limited budget; housing is generally quite affordable at most times of the year. Transport within the country has gotten even easier, thanks to a robust road network and increasingly reliable public transportation and taxis, indicating that Spain is rapidly modernising. There is no visa system for tourists from Europe; all you need is a valid passport to enter Spain. This, combined with the regular low-cost flights, has made Spain a popular destination for both a golf weekend and a longer golf vacation in Spain.

With golf courses, resorts, and clubs of the calibre found in Spain, one would anticipate the cost of playing at these magnificent establishments to be considerable.