The Top 7 Golf Courses to Play In Scotland

When it comes to the game of golf and the country of Scotland, rarely do the two need an introduction. However, for the benefit of the untrained and the unfamiliar, I will do my best. Rewind the clock to the 15th century, cast your eye to the east of Scotland just outside of Edinburgh, zoom into the coast and you’ll see an enterprising group of gentlemen attempting to hit pebbles over sand dunes with a collection of bent sticks. Although in its most primitive stages, this fun way of passing time on the beach paved the way for the colossal sport of golf we know and love today.

Over the next 600 years, the game of golf was responsible for royal bans, neglected military training, royal seals of approval (big U-turn from the authorities), 16th-century European popularity and, eventually, world domination. In 1502 King James IV of Scotland became the first golfing monarch; this helped to endorse the sport far and wide throughout the 16th century. With the golf empire firmly establishing its roots in Scotland, nomadic royals further boosted its popularity with King Charles I, bringing golf to England and Mary Queen of Scots introducing the sport to France.

Unsurprisingly, Scottish golf courses still remain among some of the best golf courses in the world. The first-ever 18-hole golf course was built at St Andrews back in 1764. This set the bar for the now recognised standard we play today. The connection between Scotland and golf has only grown stronger since its inception all those years ago, and today you will find Scottish golf courses to be the favourite amongst many the world over. If you’re looking to head north to find some of the best golf courses in Scotland in 2021, check out our list below for some solid inspiration. 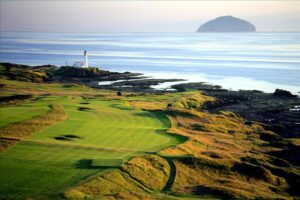 Regarded as many to be the most scenic course on the Open Championship circuit, Trump Turnberry benefits from spectacular ocean views and breath-taking sunsets. Established back in 1902, the course was commissioned by the third marquess of Ailsa when it was decided that a new championship length course was to be built on the former Culzean Estate. Four years later a hotel followed, complete with a covered path to the railway station to stop its guests falling victim to the wild Scottish weather. The course has seen various incarnations in its past including a 9-hole ladies course as well as various combinations from the existing 18. The Trump Turnberry has been home to many golfing events, including the classic and fondly remembered 1977 and 2009 Open Championships. 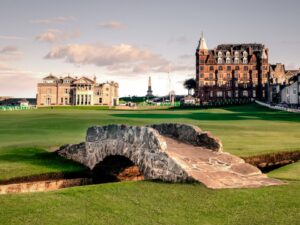 Second on our list of the best Scottish golf courses is the spiritual home of modern golf, St Andrews. This breath-taking course is one of the oldest golf clubs in the world and is widely featured at the top of many peoples must-play lists. In 1754 the club was known as The Society of St Andrews Golfers and initially had 22 holes to play. In 1764 the course was reduced to 18 holes and then some 70 years later had a royal seal of approval when William IV bestowed royal patronage upon the club. There are currently 7 different courses to play with the Old Course naturally being a firm favourite. 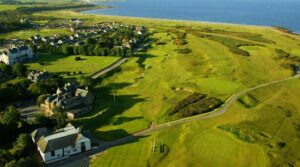 Since 1616 the Royal Dornoch has sat just above Inverness enjoying incredible ocean views and providing enjoyable games of golf for locals and enthusiasts alike. This out-and-back classic links course is enjoyed for many reasons with the breath-taking views being fairly high on the list. The wild and isolated features give the course a timeless feel enticing many enthusiastic golfers right up into the true north of Scotland. 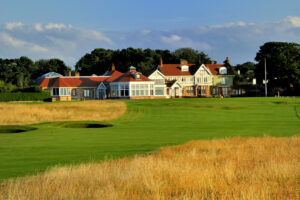 Next up on our list of the best golf courses in Scotland is home to The Honourable Company of Edinburgh Golfers – Muirfield. The club had its first beginnings in Leith in 1744, and, via a quick stop in Musselburgh, landed in its current location of Muirfield, East Lothian in 1891. According to direct written evidence, Muirfield is the oldest golf club in the world. Originally opening as a 16-hole course, Muirfield has had many alterations and developments over its time. Most notable are the changes made by Harry Colt and Tom Simpson, with most golf historians accrediting the brilliance of the course to the changes made by them. 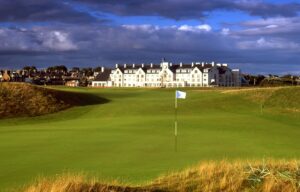 Widely regarded as not only one of the toughest golf courses in Scotland, but the whole of the UK, the Carnoustie Championship course is a natural links course with bags of frustration for many. Burns and bunkers plague this 7-time Open Championship hosting venue, with the back 9 widely considered to be the greatest in the world. Carnoustie is not an easy course for any golfer, with much planning and preparation needed to take on the might of this wild fairway. 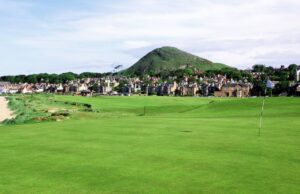 Located on the Firth of Forth, the West Links course at North Berwick Golf Club is not one to be missed. With spectacular views over the water to Craigleith Island and Bass Rock, your game will be fuelled by an expansion of views perfect for sunset pictures. People have been playing golf here since the 17th century, and since then North Berwick has slowly evolved into the 18-hole course it is today. 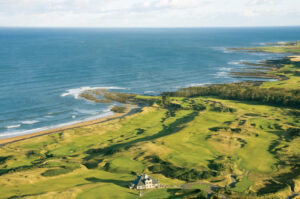 Golf has allegedly been played at Kingsbarns since the 18th century when there were nine holes spread out over part of the current course. However, the play was forced to stop during the second world war as the beach was deemed too much of an invasion risk. It wasn’t until the 20th century when American architect Kyle Phillips came to the rescue and reshaped Kingsbarns into the dramatically different course it is today. Hundreds of thousands of tonnes of earth were moved to form something so natural looking that you’d have to see the before and after pictures to believe it.

Golf holidays in Scotland are becoming more and more popular while travel restrictions and uncertainty take grip on the nation. Direct Golf Holidays are one of the leading golf tour operators for golf holidays in the UK and Europe. With our key focus on professionalism and low prices, we aim to beat any other like for like package offered to our destinations. If you’re looking for a recession-beating golf holiday, then visit Direct Golf Holidays and book online today or call us on (+34) 656 561530 and we will be happy to help.