The Top 7 Golf Courses to Play In England

After the 12 months that 2020 provided for us, there’s never been a better time to look for stay and play golf packages in the UK. When you think of world-class golf, your mind might easily wander to places like Scotland, the USA, Northern Island or New Zealand. In an ideal world, we would be able to wake up tomorrow in the 5-star hotel bedrooms that adjoin these top-rated courses. However, with the recent global restrictions around Coronavirus and the very apparent lack of Concorde, we may just have to readjust our expectations.

There is a plethora of incredible golf tours in the UK and, more specifically, England. The golf courses in England are responsible for a multi-million-pound economy through equipment sales, membership costs and course fees. In a 2017 census, England far outweighed any of its European counterparts in the race for the highest number of registered golf courses. Coming in at a whopping 1,872 courses, this was more than double that of second-placed Germany with just 731.

However, we all know that with golf breaks it’s much more about quality than quantity. So that leaves England as a game of numbers; with so many to choose from, you’re undoubtedly going to find something that suits your needs. Whether you’re looking for spa and golf breaks in the south or golf breaks for couples in the north; our list of the best golf courses in England will be sure to answer some questions. 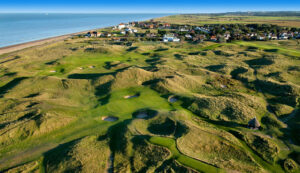 Named after the patron saint of England, Royal St George’s was opened back in 1887, rather ironically by Scotsman Dr William Laidlaw Purves. The keen scratch golfer noticed the land whilst peering out from a vantage point at nearby St Clements Church. Due to the undulating nature of the landscape, there was only one thing that could have come from such excellent conditions in Purves mind; and so, Royal St Georges was formed. 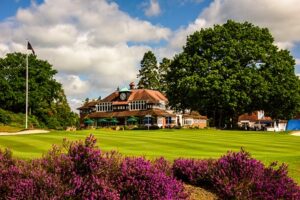 Opening back in 1901 and now being referred to as the Old after the New Course opened in 1923, Sunningdale is widely considered to be one of the most beautiful golf courses in the UK. The iconic emblem of an oak tree that represents Sunningdale Golf Course can be found on-site just outside the clubhouse. The feeling of grandeur might, and history can be summed up in this one spectacle of landscaping beauty: paving the way for not only an enjoyable but an aesthetically pleasing round of golf. 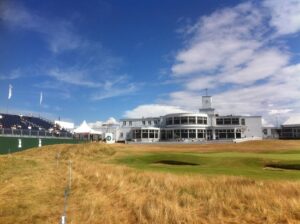 Back in 1889, The Royal Birkdale Golf Club was known only as The Birkdale; a 9-hole course located at its former home of Shaw Hills. A committee meeting in 1894 decided that the course be moved to its current home at Birkdale Hills and that it be extended by a further 9 holes. In 1951, King George VI granted a royal seal of approval and since then, the Royal Birkdale has hosted a huge selection of championships. These include the Ryder Cup, the Curtis Cup, the British Open, the Walker Cup and the Ladies British Open. 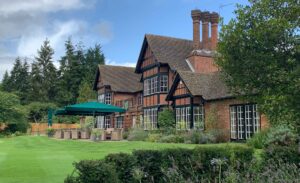 Introducing Harry Colt’s most famous ‘least bad course’. Swinley Forest spent many of its former years shrouded in mystery, creating rules of its own, allowing ladies to play and enjoying the sport solely for what it is. The club came into being after the 17th Earl of Derby, Lord Edward Stanley, grew ever frustrated with the policies at Sunningdale and wrote to King Edward VII to voice his concerns. In return, the king provided land and suggested Lord Stanley build his own. Since opening in 1901, Swinley Forest has been an exciting and enjoyable place to play golf. To this very day, the club holds a welcoming-yet-no-frills attitude towards the sport, giving it a sense of modesty and charm in a world of money and luxury. 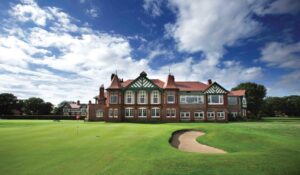 Unusually located within a rectangular border of red-brick houses, Royal Lytham & St Annes was founded in 1886 with the modern-day course being constructed just a few years later in 1897. Although properly recognised as a links course, the sea views for Royal Lytham are no longer visible due to the surrounding residential areas. The condition and maintenance of the course here are often of the highest quality, making it an exceptional place to spend a few challenging hours of your time. 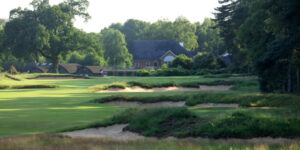 Going through various redesigns in its first 20 years, the Hotchkin course had its final incarnation during the 1920’s when Colonel S.V. Hotchkin gave the go ahead one last time. The Hotchkin course is part of the Woodhall Spa estate, which The English Golf Union purchased in 1995 and now use as their national headquarters. This breath-taking golf course is set amongst pine trees, birch trees and heathland. The underlying sandy subsoil gives the grass a comfortable and spring-like quality; making the long walk slightly more enjoyable. 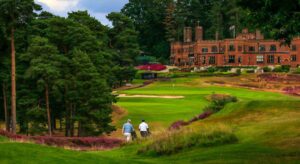 Widely considered to be Harry Colt’s best work, St George’s Hill Golf Club combines heritage with excellence throughout three sets of 9-hole loops. The main course comprises the Red and Blue nine, with the shorter Green taking somewhat of a back seat. On entering the historic and well-presented clubhouse you will be rewarded with panoramic views of the course, so designed to whet your appetite and build your excitement for the day ahead. There is certainly an air of history and splendour at St George’s Hill, with the proud and almost castle-like clubhouse taking centre stage at the top of the course.

Golf holidays in England are becoming more and more popular while travel restrictions and uncertainty take a grip on the nation. Direct Golf Holidays are one of the leading golf tour operators for golf holidays in the UK and Europe. With our key focus on professionalism and low prices, we aim to beat any other like for like package offered to our destinations. If you’re looking for a recession beating golf holiday, then visit Direct Golf Holidays and book online today or call us on (+34) 656 561530 and we will be happy to help.